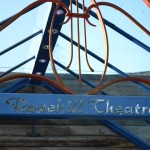 We had a great turnout at Rosehill Theatre in Whitehaven on 1st of July at our film premier of ‘The Big Picture.’

Thanks once again to the Whitehaven & District Lions for their kind sponsorship that meant it was free for people to attend the film.

“I thought the film did an excellent job of portraying successful people who have dyslexia like Sir Richard Branson who talked openly about his experiences” said Beth.

“Its true that people with dyslexia learn in a different way to other people, that doesn’t mean its wrong, its just different and with the right tools dyslexia is turned into a positive.  I really enjoyed the film” said Jo

“The message that came out of the film was very positive and uplifting” said Ann.

“I though Dylan Redford was a brave young man to open up his life to the cameras and talk so frankly about his struggles with dyslexia” commented Sue.

“This film should be shown in all schools to help create better understanding about how to harness these unique learning abilities” said Sandy.

“Its absolutely correct that people with dyslexia are able to see the bigger life picture” commented Collette. 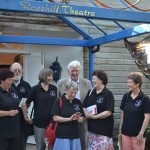 If you would like to talk to any of our trained members just give us a call.